RT-Thread IoT OS Hopes to Get Connect with Global Developers!

RT-Thread was born in 2006, it is an open source, neutral, and community-based real-time operating system (RTOS).

RT-Thread has not only a real-time kernel, but also rich components. Its architecture is as follows: 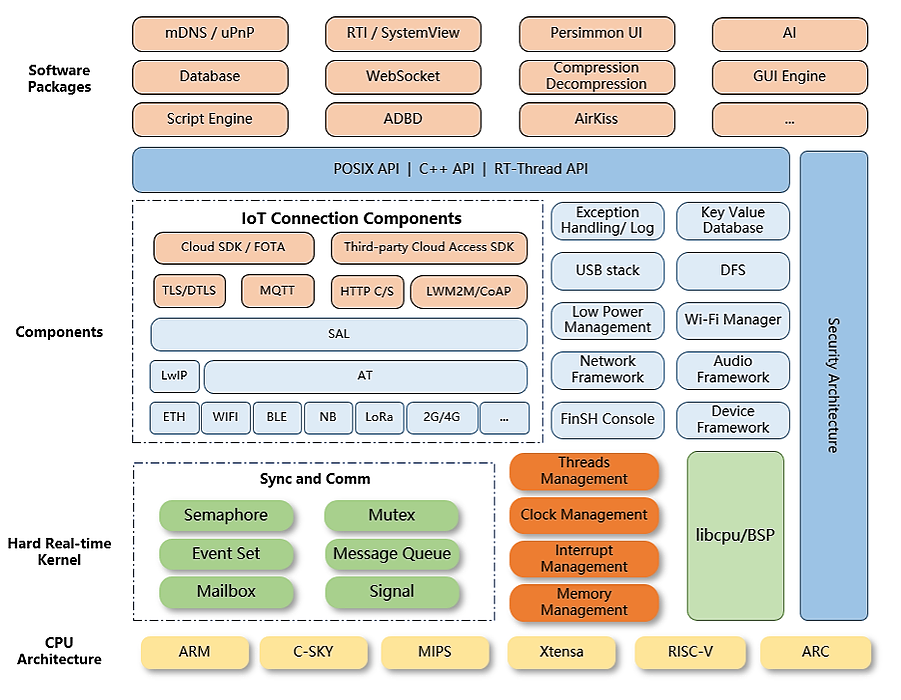 RT-Thread supports many architectures, and has covered the major architectures in current applications. Architecture and chip manufacturer involved:

Use Python-based scons for command-line builds.

Real-time system (RTOS) is increasingly widely used in the high-end Internet of Things (like, AIoT) because of its low cost, high real-time, and fast start-up characteristics, soon or later, more and more RTOSs would support multi-kernel SMP, AI, audio & video and this is inevitable. In near future, RT-Thread Studio IDE, next-generation microkernel architecture, AI frameworks and more will all be released step by step.

This is a new world of RTOS.